The Norwegian satellites AISSat-1 and AISSat-2 monitor maritime traffic in Norwegian and international waters by detecting AIS (Automatic Identification Signals) from ships to determine their position, speed and direction.

AISSat-1 was the first satellite to monitor AIS in real time from polar orbit. 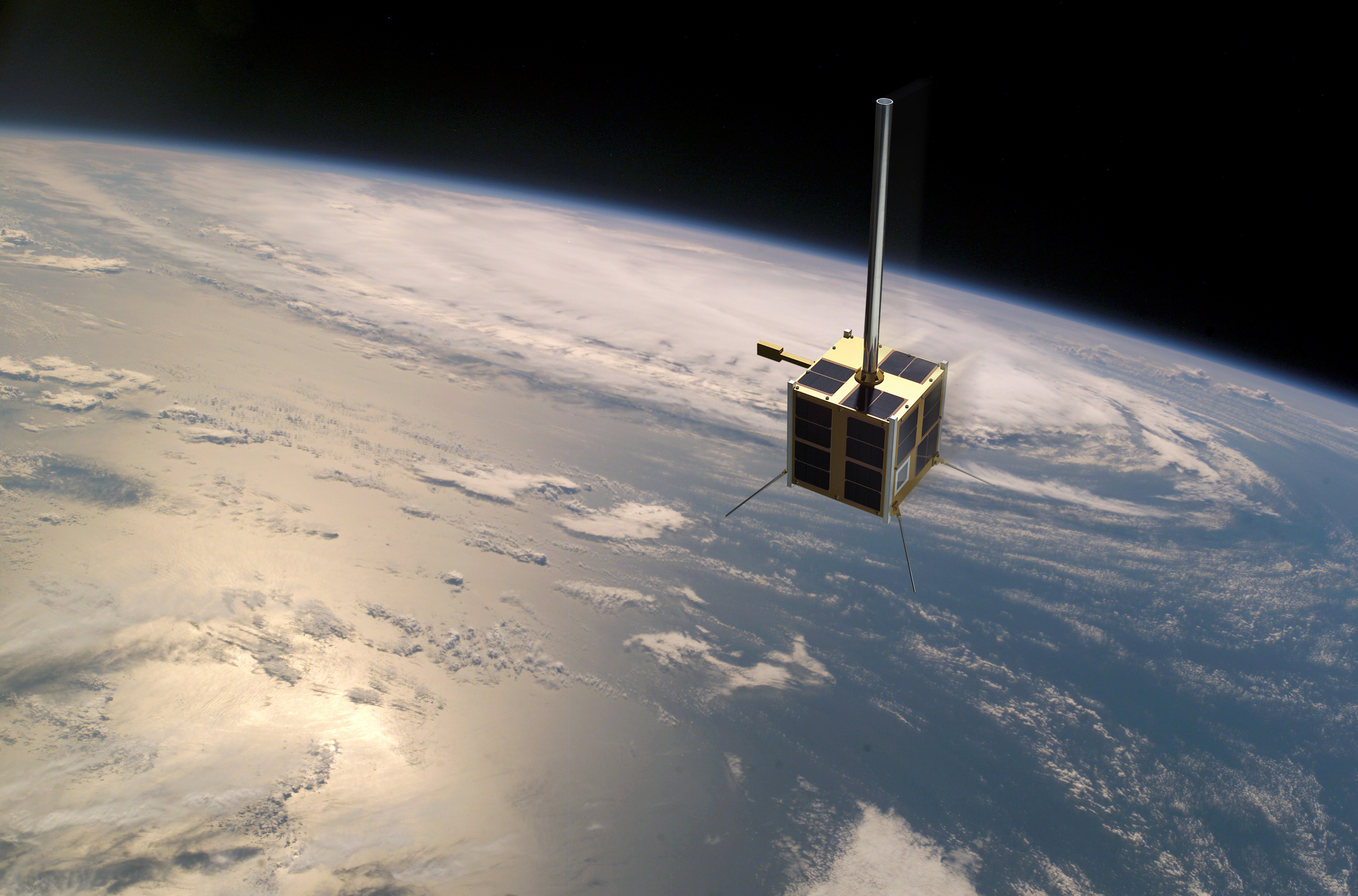 The AIS-system is designed to prevent maritime collisions and all vessels with a gross tonnage larger than 300 tonnes are obliged by international maritime law to carry it.

The first AIS-satellite was launched on the 12th of July 2010 from India to a polar orbit, weighing only 6 kilogrammes and measuring 20 x 20 x 20 centimetres.

AISSat-1 was primarily intended to demonstrate space based AIS, but the satellite has been so successful that it has become a true work horse in orbit, performing long after its planned design life in an operational role.

Building on the experience and success with AISSat-1 a second identical satellite AISSat-2 was launched from Kazakhstan on the 8th of July 2014. What was to be the third satellite in the AIS series, AISSat-3 was lost due to a launch failure from Russia in November 2017.

The planning of the AIS satellite concept started in the spring of 2005 when the Norwegian Space Centre invited scientists to a workshop and call for proposals for a small satellite.

At the time, technological development had reached a point where even very small satellites could perform important tasks.

The Norwegian Defense Research Establishment (FFI) had previously carried out two project studies on small satellites, although none of these were realized. In addition, two Norwegian student satellites were underway.

Moreover, recent studies of the AIS signal frequency and its environment indicated that space based AIS was feasible, especially over polar regions.

Since both student satellites included an AIS transponder in their payloads, it was clear that these instruments could be made small enough to fit on a satellite.

Thus, FFI's proposal for an AIS-satellite was selected for further development.

Utilization of the polar regions

At the time Norwegian authorities were making plans to develop and utilize the northern regions further and the AISSat project became a part of these plans.

The satellite platform itself was purchased from Canada.

Today, the Norwegian Coastal Administration and other governmental institutions are using the data from AISSat-1 and AISSat-2 for a variety of purposes, including monitoring fisheries, oil spills, and maritime traffic, to support anti-piracy operations along the coast of Africa, and other areas of interest to Norway.

NorSat-2 is testing a new technology that sends data such as sea ice maps and emergency messages over the AIS system that already exists onboard the vessels. This so called VDES (VHS Data Exchange System) can be a new international standard for two-way communication.

In addition to the important AIS payloads, NorSat-1 carries scientific payloads. These payloads include a solar observatory, CLARA developed in collaboration with ESA and Switzerland, and a space weather instrument developed by Norwegian researchers.

The measurement of the electric turbulence in the ionosphere by NorSat-1 gives researchers at the Physics Institute of the University of Oslo one-thousand times better data resolution, allowing for better prediction of the issues this turbulence causes with radio communications and global navigation signals.

A third NorSat satellite is currently under development and will test the ability to track ships’ navigation radars and compliment the collected AIS data to give Norwegian authorities a more complete picture of sea traffic.

In addition to the "official" satellites, several Norwegian student satellites have been developed.

HiNCube has been developed by Narvik University College (HiN) and was launched in November 2013.

Two more student satelites are built, but not launched. CubeStar, by the University of Oslo, is designed to do scientific observations of the space weather that surrounds Earth.

The student satellite named NUTS is designed by the Norwegian University of Science and Technology (NTNU) to measure atmospheric waves.

Space NTNU is a student organisation designing and building small satellites. They are aiming at launching their first satellite, SelfieSat, in 2021.

The Norwegian telecommunications company Telenor has owned and operated satellites in geosynchronous orbit since the early 1990s.

These are the Thor series satellites. Thor 7 was launched 19th April 2015. It provides standard commercial telecommunications services such as TV, radio, phone and internet connections to a host of international customers, as well as broadband internet to the Norwegian research station Troll in Queen Maud Land in Antarctica 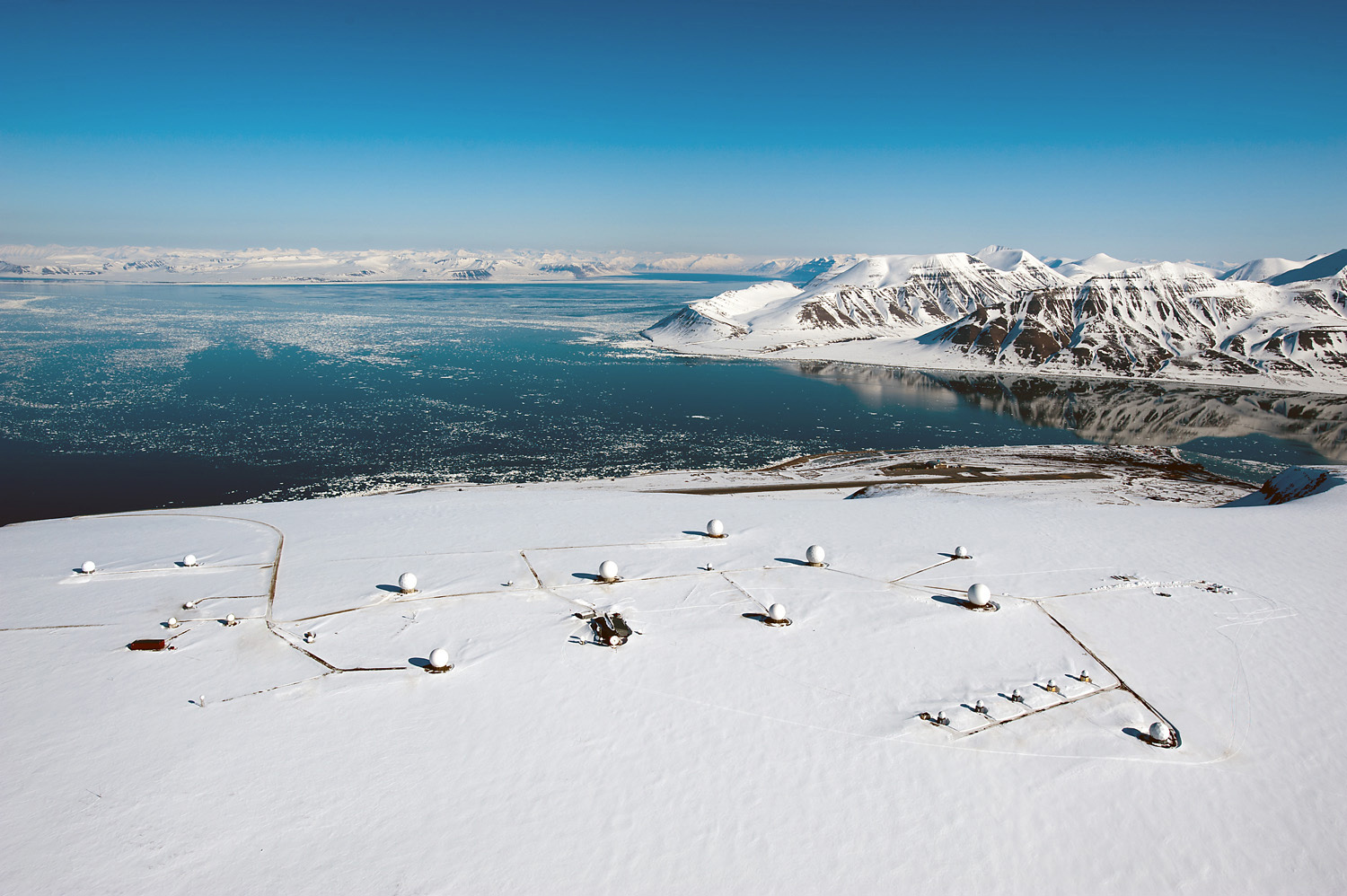 Satellites are infrastructure in space and depend on ground stations and control centres on Earth.

Currently, only one ground station is being used for the AISSat and NorSat satellites , but more are under consideration as the need for space based AIS increases.

Several of the educational institutions that are developing student satellites will have their own antennas and equipment to communicate with their satellite.

Telenor has satellite stations both in Norway and internationally for positioning, control, uplink and downlink for their communication satellites.