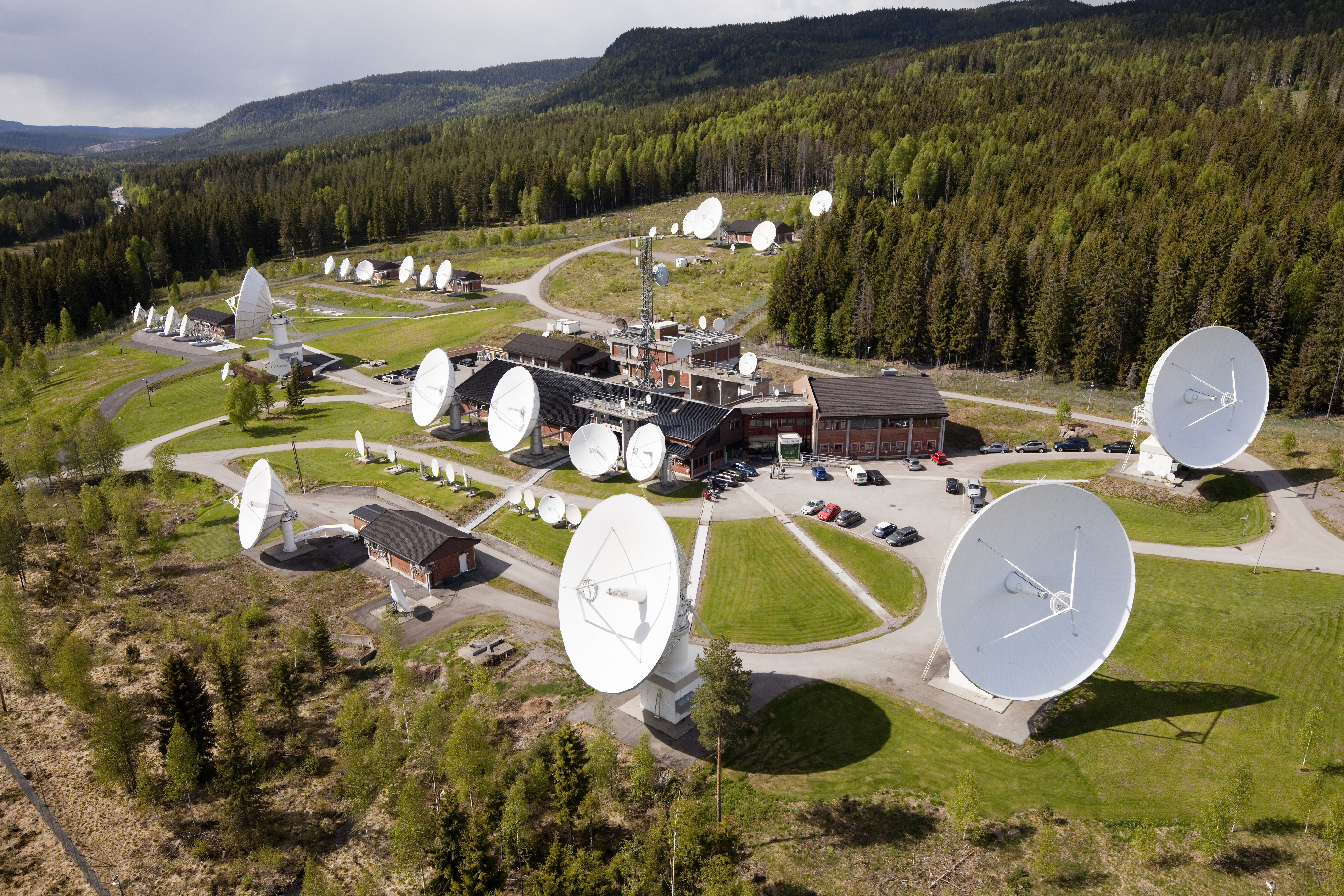 Telenor's teleport in Nittedal communicates with radio, TV, telephony and computer satellites. It is the biggest earth station in the Nordic region and has over 50 antennae. Credit: Telenor Satellite Broadcasting.

The Norwegian company Telenor is one of the world's biggest providers of satellite broadcasting services.

In 2011 it sold satellite services for more than NOK 1 billion and was responsible for the transmission of almost 700 TV channels from '1 Degree West', as the satellite position in geostationary orbit is called.

Another Norwegian company, Ship Equip in Ålesund, grew large by offering satellite communications for ships. It was taken over by Inmarsat, but still operates in Ålesund, as well as Singapore and Houston. Norwegian companies have also developed top-level expertise at an international level in equipment for ground stations and other technology for communications satellites.

NERA Satcom began making antennas and terminals for satellite communications. It was among the front runners in its field and at its peak the company had offices in 26 countries. The firm was bought by foreigners and the Norwegian activity was closed down, but the knowledge and experience built up in Norway provided the seed corn for many smaller businesses. For example, the whole research and development department of the international group STM is located in Lysaker, just outside Oslo.