Norway's first AIS satellite launched 10 years ago and was one of the first to monitor maritime traffic from space.

AISSat-1, Norway's first national satellite, was launched on the 12th of July 2010. It was one of the first satellites in the world to detect AIS signals in real time from polar orbit, and is still at work in space.

These signals communicate a vessel's identity, speed and bearing, and may thus be used for monitoring ship traffic.

Base stations along the coast receive AIS signals from ships at sea, but are only able "see" signals within its line of sight, and are thus restricted to monitor traffic in coastal waters.

AIS receivers on satellites high above the Earth have no such limitations and can monitor ship traffic anywhere on the globe.

The data from Norway's AIS satellites are used by Norwegian authorities to monitor ship traffic, maritime recources, environmental crime, as well as to support anti pirate operations and search and rescue at sea.

The satellite's original purpose was to test detection of AIS signals in space. But even the first data were so accurate that it was clear AISSat-1 could function as an operational satellite.

Soon, several Norwegian departments wanted access to these data and started using them in their day to day operations.

Arve Dimmen, director for the Department For Maritime Safety at the Norwegian Coastal Administration, likens it to switching on the light at sea to monitor the traffic there.

Small satellites are smaller and less costly than typical-sized satellites, and are usually made from commercial off the shelf products meant for use on Earth. Thus, small satellites tend to have a shorter life span in space.

However, AISSat-1 demonstrated that detection of AIS signals in space was possible, and that a small and cost effective satellite could handle this operational job.

This made Norway pioneers in using small satellites for operational services, and caught international interest and attention. Other countries wanted ship traffic data from space too.

Today, the Norwegian Coastal Administration exchanges AIS data with several other nations, as well as the European Maritime Safety Agency, which monitors ship traffic in Europe.

With the success of AISSat-1, a twin satellite, AISSat-2, was developed and launched on the 8th of July 2014. This satellitte has been another operational success for Norway.

Another AIS receiver from Kongsberg Seatex was launched to the International Space Station (ISS) in an experiment called Vessel-ID. This experiment has been one of the longest on the ISS, and it was awarded by NASA, who even made a video about the project and its life saving results (see video above).

The receivers on AISSat-1 and AISSat-2 detected approximately 900 000 AIS messages from on average 24 000 ships per day.

Was it possible to receive AIS signals at even higher resolution and volumes? 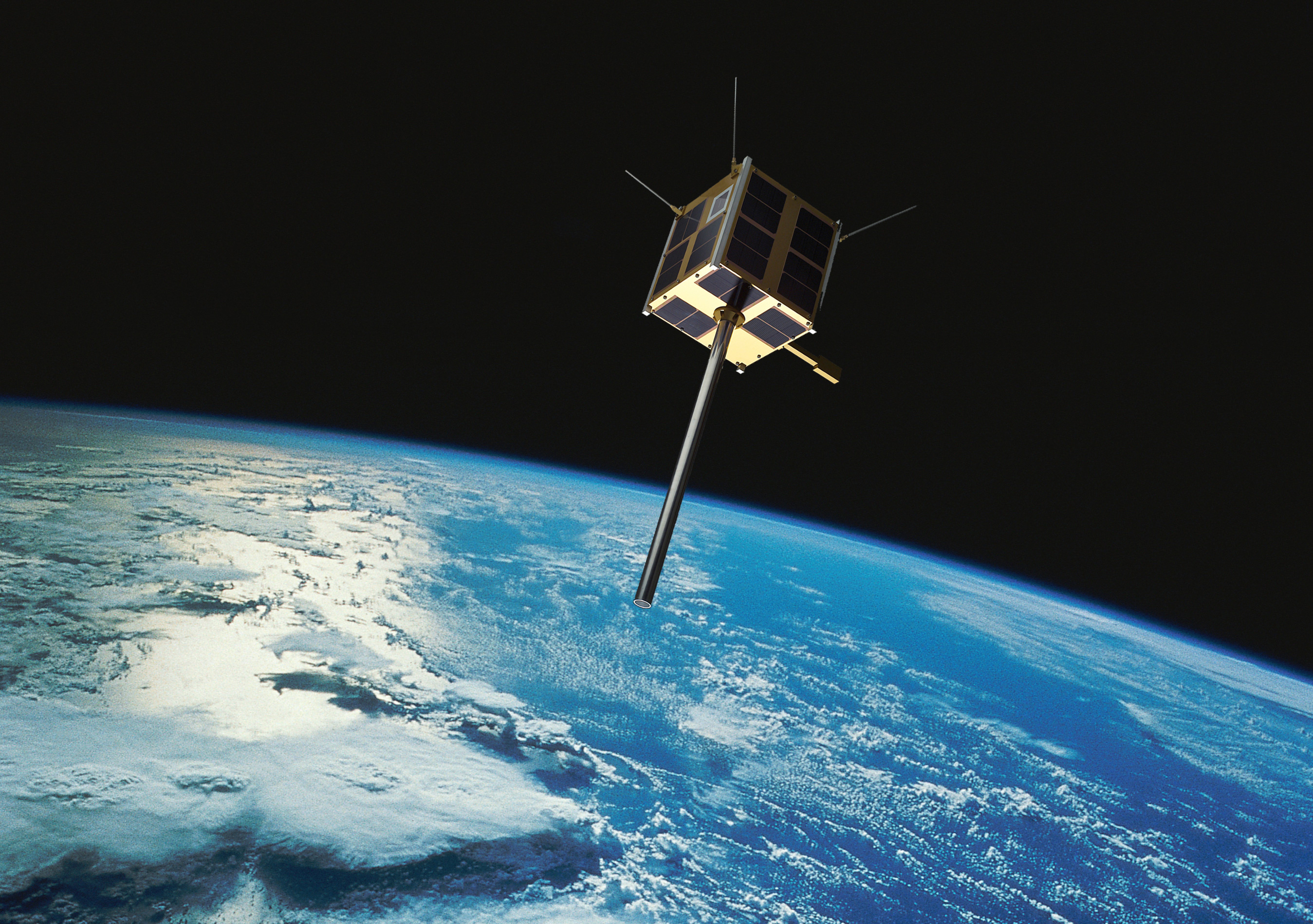 This receiver was small, weighed only 1.3 kilograms, and was able to operate with the limited amount of electrical power that a small satellite can provide.

These new AIS receivers were used on Norway's next generation national satellites, NorSat-1 og NorSat-2, launched on the 14th of July 2017.

These new satellites increased the number of ships that could be detected from space from 24 000 to 40 000 per day.

NorSat-1 also has payload for research on the interaction between the sun and the Earth, and the sun's influence on our planet's climate and natural environments.

Norsat-2 has payload for testing VHF Data Exchange System (VDES) in space. This technology could become a new international standard for digital two-way communication and automatic detection at sea.

VDES is based on AIS, with a common receiver and sender for both AIS og VDES. However, VDES may also be used for other types of digital messages between ships, with the communication going directly from ship to shop or via a station on land or satellite.

Space Norway, belonging to the Norwegian Ministry of Trade, Industry and Fisheries, is involved in the international work surrounding VDES and are exploring what kinds of services might utilize this new system.

A separate development program at ESA

Today, Kongsberg Seatex offers its AIS receivers for space as a commercial product on the global market.

One of the satellites to use this in its payload is the new European satellite ESAIL, launched on the 3rd of September 2020. ESAIL is the European Space Agency's (ESA) first AIS satellite.

It is developed by ESA and OHB LuxSpace, in cooperation with the European Maritime Safety Agency, the Canadian company exactEarth, and partners in European industry.

Norway's new national satellite, NorSat-3, is scheduled for launch in early 2021. Its AIS payload was developed by Kongsberg Seatex.

NorSat-3 has in addition an experimental navigation radar detector from FFI, capable of seeing signals from navigation radars on ships. These signals, compared with AIS data, reveal vessels that do not have the AIS system switched on.

NorSat-4, currently in development, will also carry an AIS receiver, as well as an experimental camera from FFI. This camera is powerful enough to spot vessels larger than 30 meters in length, independently of light or weather conditions.

A third generation space AIS receiver, with increased performance and even smaller demands for power and payload volume, is currently in development. This receiver will be launched on a new Norwegian satellite in 2022, along with a second generation VDES receiver for space.

A world leader in detecting maritime signals from space

The successful Norwegian AIS satellites have demonstrated for both authorities and decision makers that small satellites are a useful and cost effective way to test new technology, which benefits a wide range of user groups as well as society in general.

Because the Norwegian small satellites and their payloads are developed in-country, they also increase the experience and competence of Norwegian industry and research.

- During the development of AISSat-1 more than 10 years ago, we realized that the new international market for small satellites had a huge potential, and we aimed specifically for that, says Gard Ueland, CEO of Konsgberg Seatex.

According to Ueland, this commercial market, based on miniaturized technology and often called NewSpace, has made it possible for even small countries to develop their own space-based solutions for national needs.

Norway must utilize its advantages

- Today, Norway is a world leader in both space-based AIS and VDES, and is the only nation to actually have a VDES satellite in orbit, Ueland says.

He fully believes that VDES will become a global communication platform for maritime traffic in the near future. This represents a unique opportunity for Norway, as a leading maritime nation, to establish a satellite based VDES service.

- We need a perspective that is both strategic and forward-looking, as well as action from Norwegian authorities, to fully utilize the potential of Norway's leading position and gain ground in other international markets, Ueland emphasizes.

- It is both commercially, technologically and strategically important for Norwegian interests and Norwegian industry to invest properly in such international advantages as space-based AIS and VDES, Ueland says.